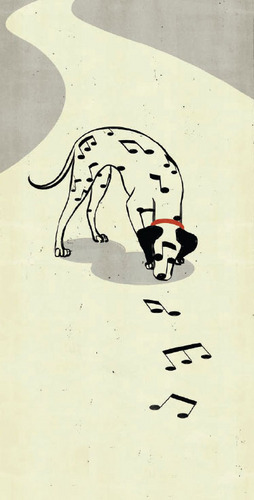 To enrich lives through the shared experience of extraordinary music.
Tania Miller & the Victoria Symphony

In its 70th year of operation, the Victoria Symphony is Vancouver Island?s largest and most active performing arts organization. With over 50 performances in its season which spans September to May, the Victoria Symphony continues to engage and inspire the community with high-quality concerts in seven diverse series and also with its outstanding education and outreach programs.

An artistic gem on Canada's West Coast, the Victoria Symphony takes enormous pride in providing quality live orchestral music for everyone. It has garnered both critical acclaim and massive popular appeal, and is one of the most successful orchestras in Canada

Over 125,000 people hear the Victoria Symphony every year, including 10,000 children. The Victoria Symphony also hosts the premiere event of the summer, the annual Victoria Symphony Splash which attracts over 40,000 Victoria residents and visitors to Victoria's Inner Harbour on the BC day long weekend in August. This great community event celebrated its 20th anniversary in 2009.

The 2010/2011 year marks Maestra Tania Miller's eighth season as Music Director of the Victoria Symphony, an appointment that made her the first Canadian woman to be appointed to such a significant position in Canada. Her vibrancy and dynamic approach to music making have inspired many innovations with the Victoria Symphony and a new era of artistic growth for the orchestra including programming innovations such as the New Currents Festival of Music, the contemporary Odyssey series of collaborative arts and genres, as well as expanded and committed educational programming. Her extraordinary commitment to masterworks classics, have elevated the musical impact of the orchestra on the Canadian music scene.

The Victoria Symphony is a professional ensemble of 34 full-contract and 12 part-contract musicians. Each season the orchestra gives over 100 performances, including regular series performances and special concerts including opera, ballet, educational, tour and community benefit performances.

In its history, the post of Music Director has been filled by such eminent conductors as Melvin Knudsen, Hans Gruber, Otto-Werner Mueller, Laszlo Gati and Paul Freeman. Through the last decade of this millennium Peter McCoppin, one of this country's most prominent and visible musical personalities, took the orchestra to new heights of musical excellence and audience popularity.

In the Spring of 1994, two additions to the conducting roster were made. Kees Bakels, the eminent conductor from the Netherlands was named Principal Guest Conductor, and Brian Jackson, known across Canada for his brilliant Pops programming, was named Principal Pops Conductor, a position he still holds today. In November 1998, Maestro Bakels was appointed Music Director and served in that post until the 2001/2002 season. In May 2002, Timothy Vernon was named Interim Music Director. The 2002/03 season saw many guest conductors, and the outcome was the appointment of Tania Miller as Music Director in the 2003/04 season.

Each season the Victoria Symphony engages many excellent guest conductors and solo artists to give new perspectives on standard classical repertoire and to introduce audiences to music in which they are individually expert.

Maestra Miller is the 8th Music Director in the History of the Victoria Symphony, following: