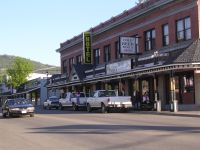 The great wilderness of British Columbia is on display in the parks surrounding Princeton. Gamesmen, fishermen, hikers, and outdoors enthusiast pursue discovering the diverse collection of trails around Princeton's town centre. There are over forty lakes for fly-fishing, eight large park ranges, 112 kilometers (from Brookmere to Osprey Lake)of the Trans Canada Trail (which stretches 16,000 kilometers across Canada) and the Kettle Valley Railway trails that offer terrific scenic wilderness routes to explore. The community rests between the Silmilkameen and Tulameen Rivers that carve through the region's picturesque settings and are great waterways for kayaking, canoeing, or water skiing and if you are really adventurous - white water river rafting.

One of the areas largest parks, Manning Provincial Park, is over sixty-six thousand hectares and home to Cascade Mountains which offers historic trails, mountain biking, and horseback riding opportunities that can be enjoyed by travelers of all ages. During the winter season, families can enjoy the downhill skiing, cross-country skiing, snowboarding or skijoring. Manning Park is known to be a premier destination for cross-country skiing and snowshoeing! To make things a little more interesting, why not go tobogganing or dog sledding? Princeton offers some wonderful summer and winter recreation.

Was man mitbringen sollte:
Be prepared:
Regulations around hunting in the area can be acquired from the government offices or the Home Hardware store. You must have a valid hunting license.

Geschichte:
First Nations tribes inhabited the area (several miles up the Similkameen and Tulameen Rivers) for thousands of years. The red ochre used for face painting from the Vermillion Bluffs on the Tulameen River were part of the First Nations traditional dances and ceremonies.

The area’s first European settler was John Fall Allison who built a cattle ranch where the town is located today. Soon after, 1916, the Great Northern Railway and Canadian Pacific Railway linked Princeton into the Coastal routes and Interior connections for fur traders’ travel and transport of materials.

Fur traders in the 1800’s had named the area Vermillion Forks, however it was changed to Princeton by the governor of the time James Douglas in honour of a visit by the Prince of Wales.

Today, the community’s economy survives on forestry, cattle ranching, agriculture and tourism, which is self-explanatory to those who seek solitude in beautiful wilderness and great outdoors adventure!


Princeton Things to Do 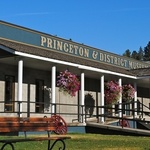