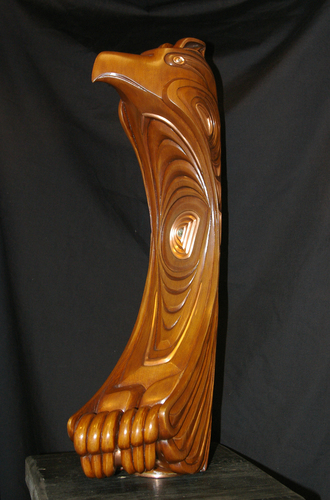 This piece reflects the artists desire to create a piece that was asymmetrical â€“ contrary to traditional Native art. There is also an Egyptian influence in this piece that is shown by the stance of the Thunderbirdâ€™s head.

Cliff Wilson was born and raised in Port Alberni. As a child, he grew up in a humble environment and was surrounded by Native artists. Cliff spent many hours watching them carve and was intrigued by the art. The desire to carve at this time was just a flicker of a spark that later became a burning flame.

During this time, an elderly Native carver sensed the deep yearning in the young boyâ€™s heart and patiently taught him the basics. With his help, Cliff proudly completed his first carving at the tender age of eight.

The completed totem pole impressed Cliffâ€™s grandmother and she purchased it from him for twenty dollars. She told him she would return it to him when he was older and each time Cliff visited his grandmother, the totem was a constant reminder of what he had accomplished.

Cliff has been working towards completing a collection of work that will fully express his creative ability. Through the process he has continually honed his skills and developed his own identity and distinct style through his art.

Cliffâ€™s carvings display his own creative interpretation, reflecting a fresh and unique artistic perspective. His passion to create continues to flow as he looks forward to works yet to evolve.

If you are interested in a particular piece, it would be available on a commission basis unless otherwise noted. For more information or to let us know what you think, please contact Cliff at 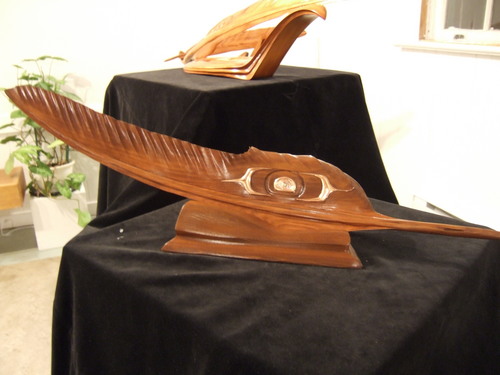 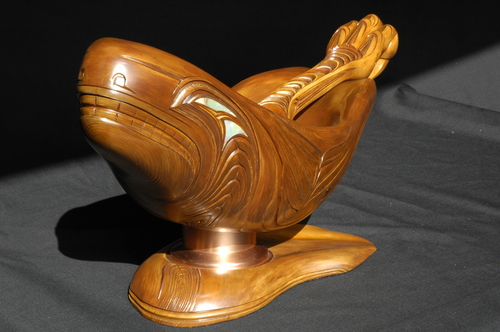 This is the father of the group of whale carvings.
This piece garnered First Place and Best in the Division at the Brant Festival in 1996.


Available through commission.
Contact the artist for details and pricing 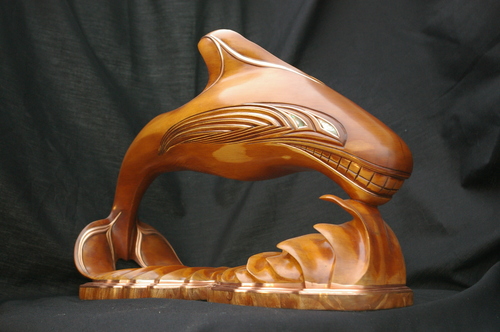 The baby of the group of whale carvings.

Available through commission.
Contact Cliff for details and pricing. 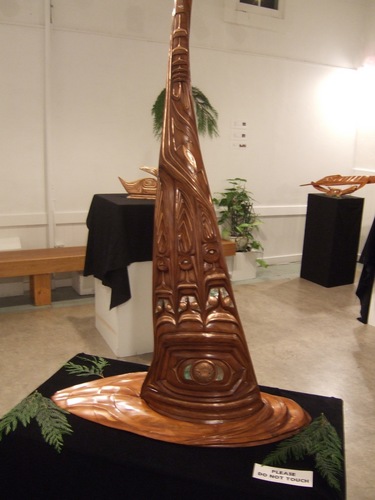 Available by commission.
Contact the artisit for more details and pricing.